The 2018 Boston Pride Parade and Festival highlighted Transgender awareness and other themes this year.   The start of the parade featured dozen of Mayors from across the United States who were in town for a U.S. Conference on Mayors: 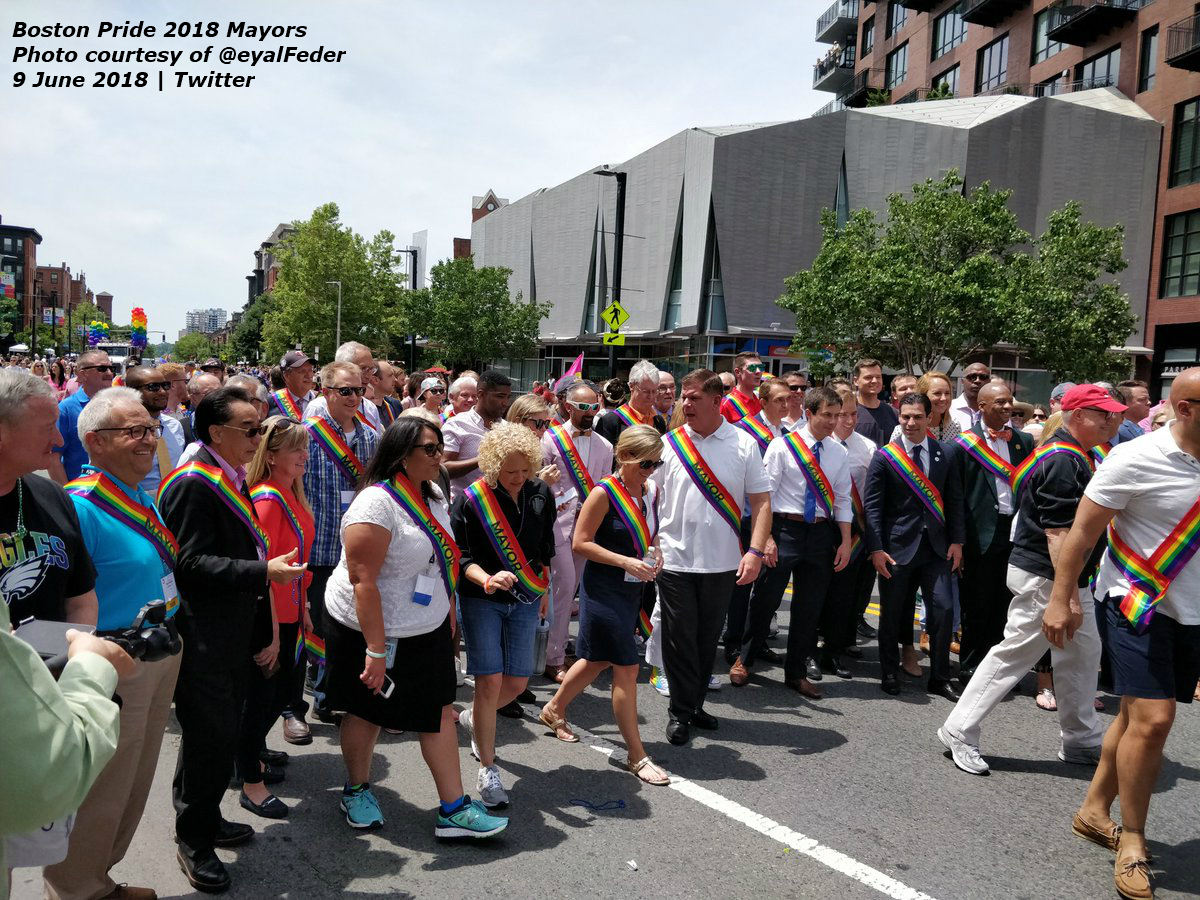 Closely after the mayors featured men and women honoring the many women who are transgender who have been murdered so far in 2018. 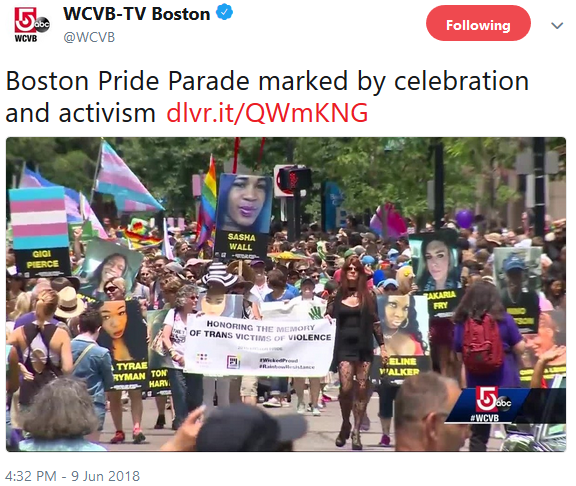 Freedom for All Massachusetts,  which is leading the coalition in Massachusetts to keep in place rights for transgender people to not be discriminated against in public places, also marched in Boston Pride 2018: 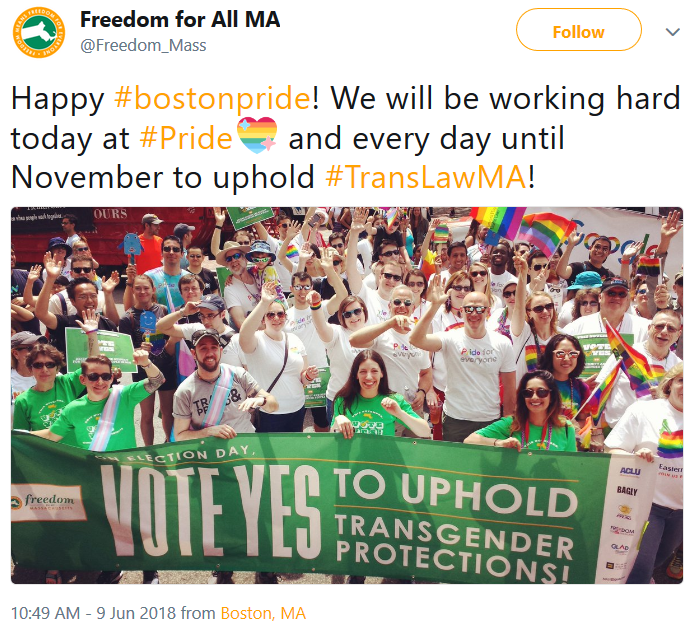 There is a great deal of post-parade coverage, too much for us to cover here on TCNE in fact!  See some of it here: